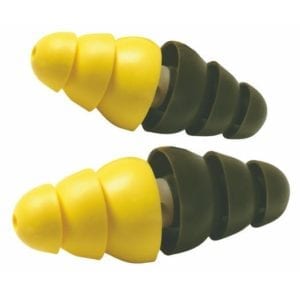 In 2016 the company Moldex Metric Inc, filed a lawsuit against 3M and Aearo stating that the company committed fraud against the government by selling the defective earplugs to the military while knowing that they were defective. 3M has settled with the Department of Justice and has agreed to pay 9.1 million dollars back in July 2018 due to the earplugs being “defective” with their dual ended earplugs but admitted no wrongdoing.

As of July 2019 there were 1,220 3M earplug lawsuits pending in litigation. The soldiers in the lawsuits accuse 3M of knowingly committing fraud against the U.S. military and failing to warn the soldiers and military of the defects, along with this falsifying the test of the earplugs among other allegations.

Why Is There A 3M Earplug Lawsuit?

When the 3M Dual Ended Combat Arms Earplugs were made they were designed to have two functions. When they were inserted one way the wearer would be able to hear many sounds at a reasonable volume, such as speech. When the earplugs were turned around the ear protection would increase protecting the user from explosions and or gunfire. With this though there was a defect. The defect was with the ear plugs not maintaining a tight seal and allowing sounds to slip in through the earplug. Additionally, the earplugs did not reach deep enough into the ear canal. This has created many veterans filing lawsuit against 3M.

If you are needing legal funding for your active 3M earplug lawsuit and have an attorney you are already may qualify. Some of the following side effects can help you qualify also;

What Is Some Of Other Criteria For Qualifying For Pre Settlement Funding From Verum?

How Verum Funding Can Help?

Lawsuits from the 3M Dual Ended Combat Arms Earplug might take years to settle. It is hard to hold out while major companies can spend millions on their legal defense. By using Verum Funding it can help you hold out for the settlement that you deserve and help you with your financial difficulties while dealing with your case. Call us today at 434-535-5229 or just apply on this page to start the pre-settlement lawsuit loan.